Our Journey To and Through China

This is the story of our journey to China to adopt an amazing little girl. Our adoption really started sometime in 2003 when we first considered the possibility of adopting. We filed our first official paperwork in January 2004 - the same month and year Abby was born, as we would learn almost 2 years later.

After months of thinking, talking, researching, reading.......we contacted Carolina Adoption Agency (CAA) in January 2004. We had decided to adopt a little girl from China. We had no idea of the amount of work that was ahead of us. We would still do it again - no doubt.

By the end of January, we had traveled to NC for our mandatory adoption training. We met other familes who were also somewhere in the process, some just starting like us, others about to travel to their destinations - Russia, Guatemala, China...... and others who had already brought their new children home.

When we returned home, we hired a social worker to assist us with our dossier, the packet China requires from all families wishing to adopt, and to do our home study, and finally give the State of Ohio her final recommendation as to whether we would be suitable parents for this new child. 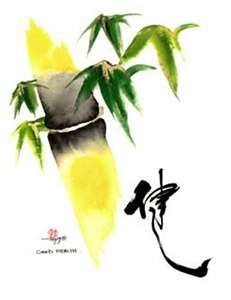 Months seemed to fly by as we tried to gather all of our paperwork and get everything completed just right. Both the US and China governments are very strict as to how they want things documented in an American / Chinese adoption. We gathered new copies of our birth certificates, our marriage license, all the addresses where we had lived as adults, school records, bank statements, letters of reference, employment records, financial statements.....so many documents. Then we had to have full physicals, be fingerprinted by the FBI, write to various agencies requesting any criminal activity that may be on our records...... Then all those documents had to be authenticated to make sure that the notary signatures and seals were valid. Everything originally went to our state capital, Columbus, and then some documents went to Washington DC while others went to NYC.

Once everything was approved and finalized, it was time to send our request to China. Our dossier finally arrived in China on October 5, 2004 - 10 long months after we made our initial contact with the adoption agency. 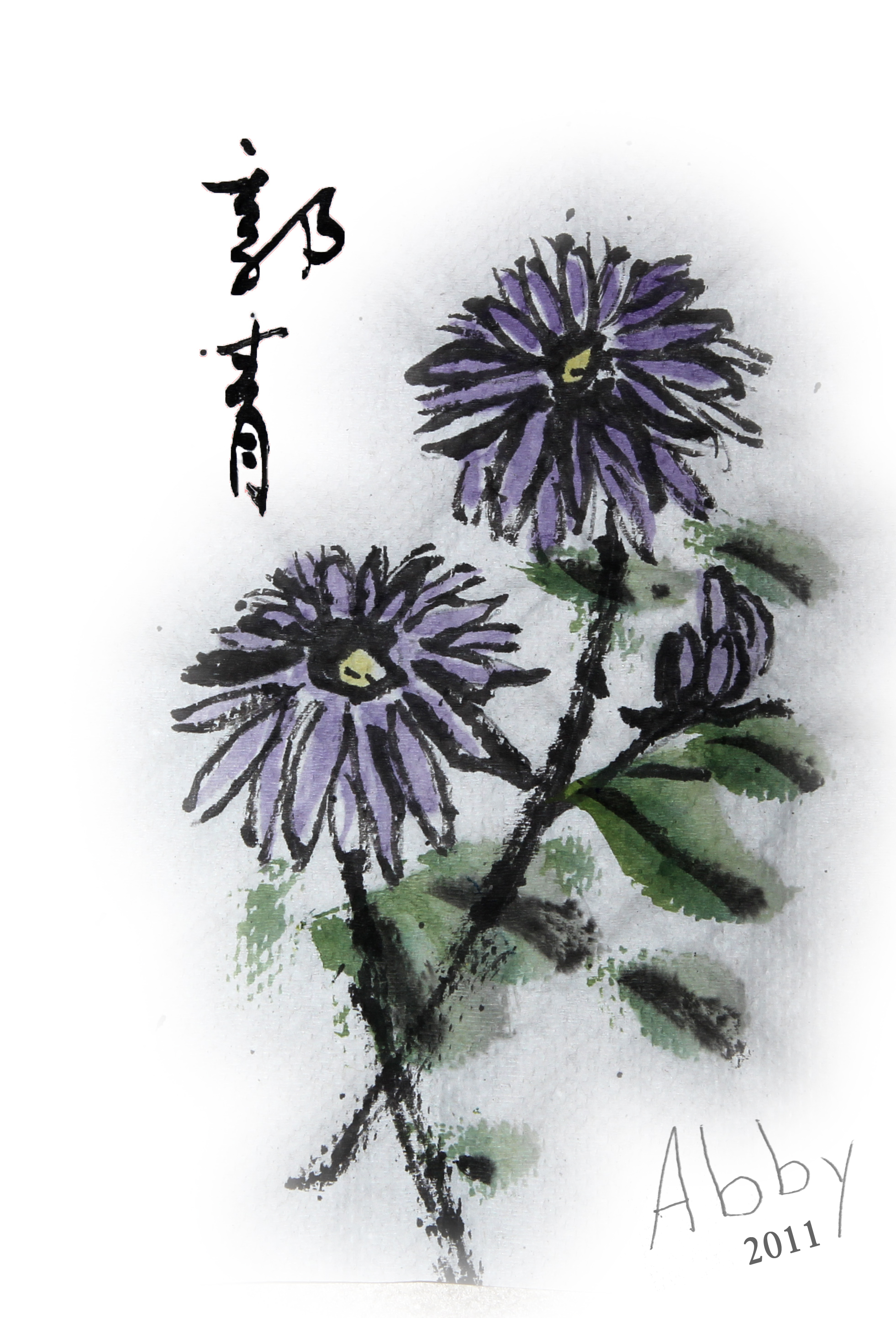 No news is good news - words to live by when a major decision is out of your hands and you have no communication.

My morning started out as any other. I dropped Stephanie off at St Luke, where she was a 4th grader, and then went to work. I owned a gymnastics club, Creek Gymnastics. I soon received a call from CAA. China had approved our request and our baby's referral pictures and medical report were being sent to our house today - before noon.

I rushed home to wait. Then it arrived - a big white envelope from Fed Ex. I sat on the porch and ripped open the tab. I couldn't believe what was inside - 3 little pictures of a beautiful tiny girl with a sad face. She had a round face and her lips were shaped like a heart. She had big brown eyes and not much hair. WOW! What a site......a beautiful, beautiful site. 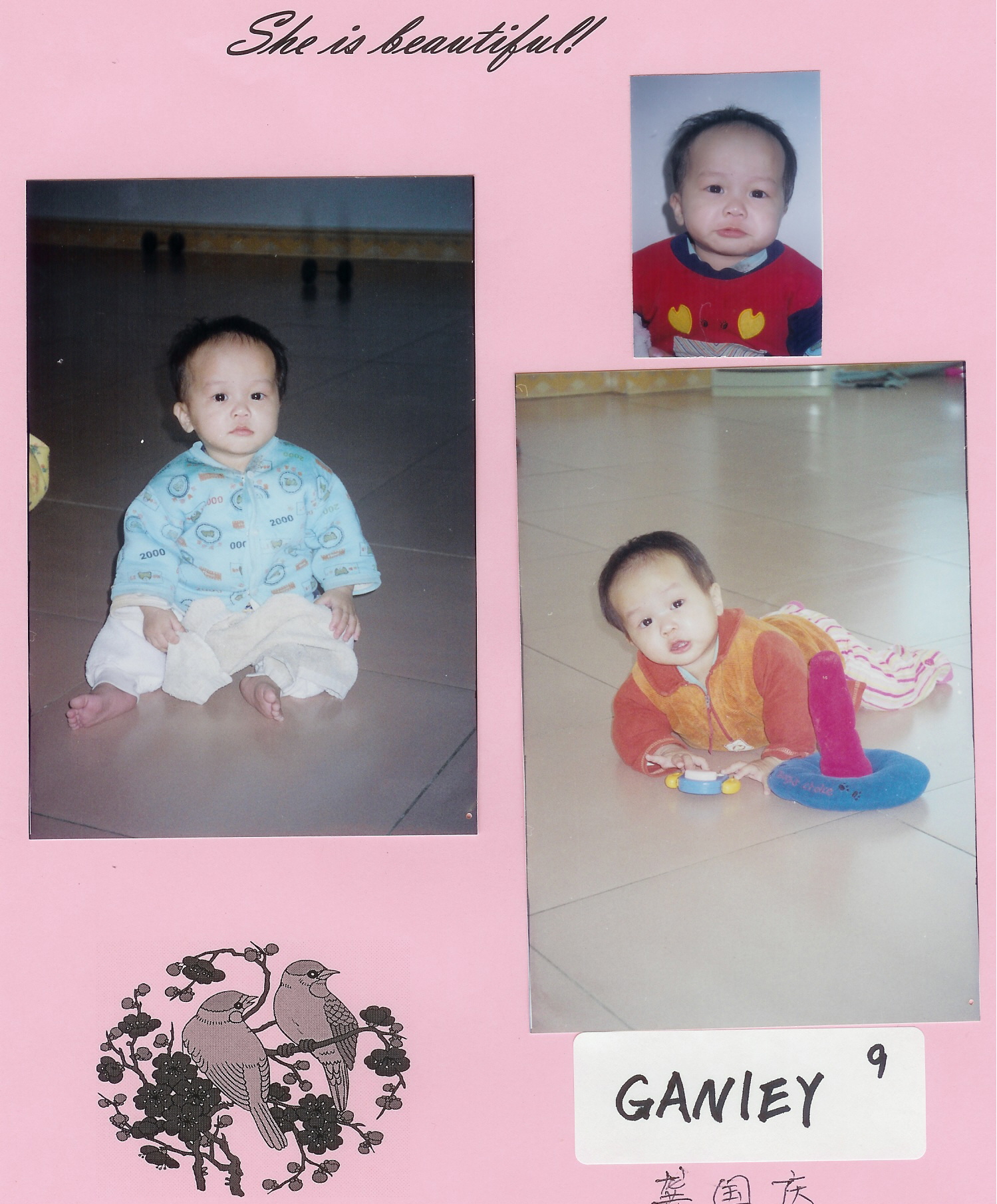 Al was working in Cincinnati at the time, so I quickly called him and described our new daughter. "She has my dark eyes, and your big forehead." He knew exactly what I meant. He rushed home to share in the excitement. We couldn't wait to pick Stephanie up and celebrate with her too.

The medical report was written in Chinese of course. We had made contact already with a hospital in Minneapolis that specializes in adoptions from China, so we faxed the report to them for translation and interpretation.

We finished up Abby's room and did some shopping for her. Stephanie bought her a beautiful, soft pair of purple jammies. 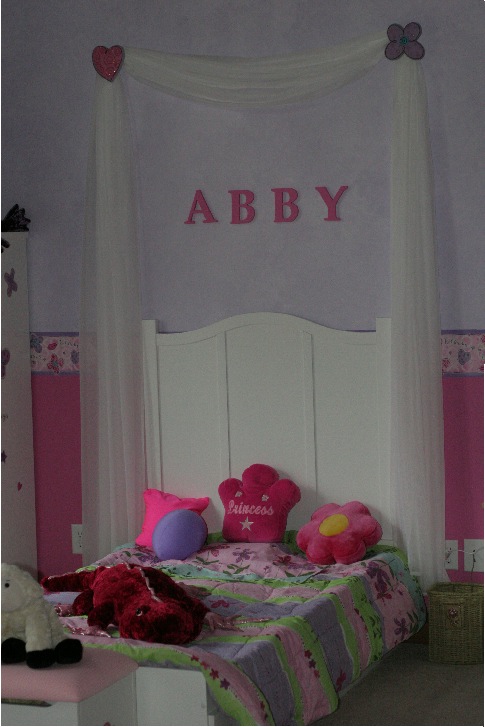 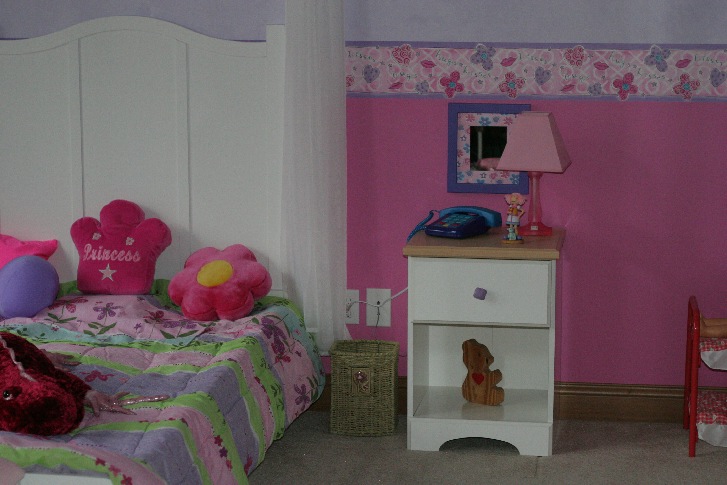 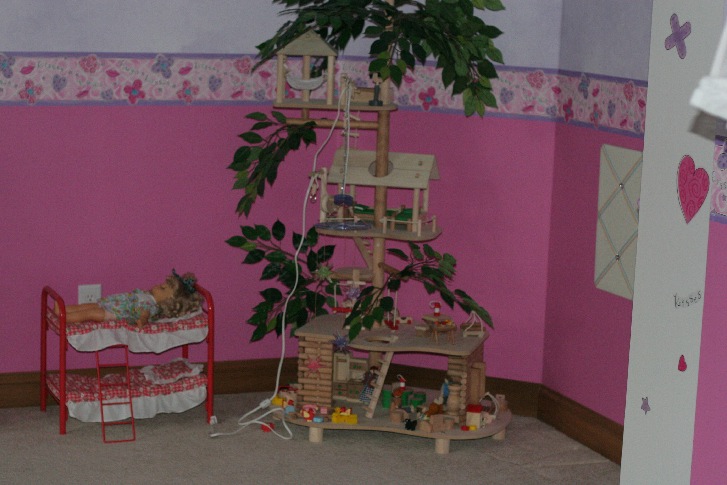 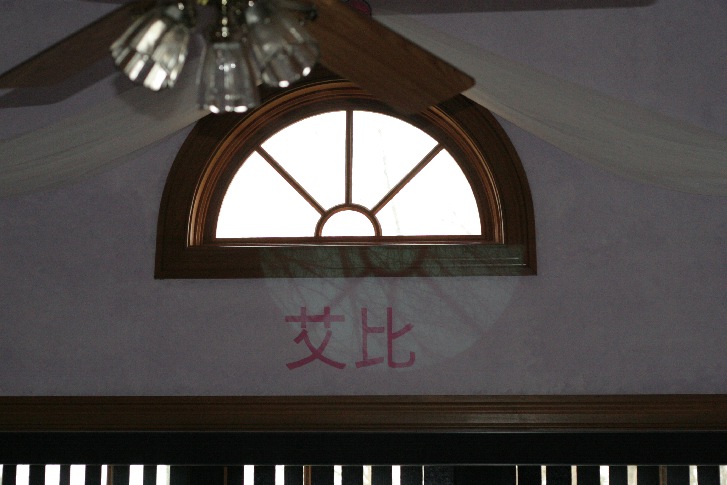 Al took the medical report to work with him. His office had a number of Chinese women in the data processing area and he had gotten to know a few of them over the past year. They translated the report for us and all looked good - a healthy 15 month old baby girl.

We immediately signed and returned our approval documents and then made copies of the largest photo. We mailed some to family and framed the others. One sat next to my bed and one sat in our main office at the gym - for all to admire.

We purchased perfume and jewerly for the nannies, toys for the kids, and 2 disposable cameras. We got some help writing a letter in Chinese and shipped a big box off to the orphanage where our girl was waiting for us.

We sent pictures of ourselves and a white tiger for Abby. We hoped that everything made it there and in time. We hoped that they would take lots of pictures with our cameras. 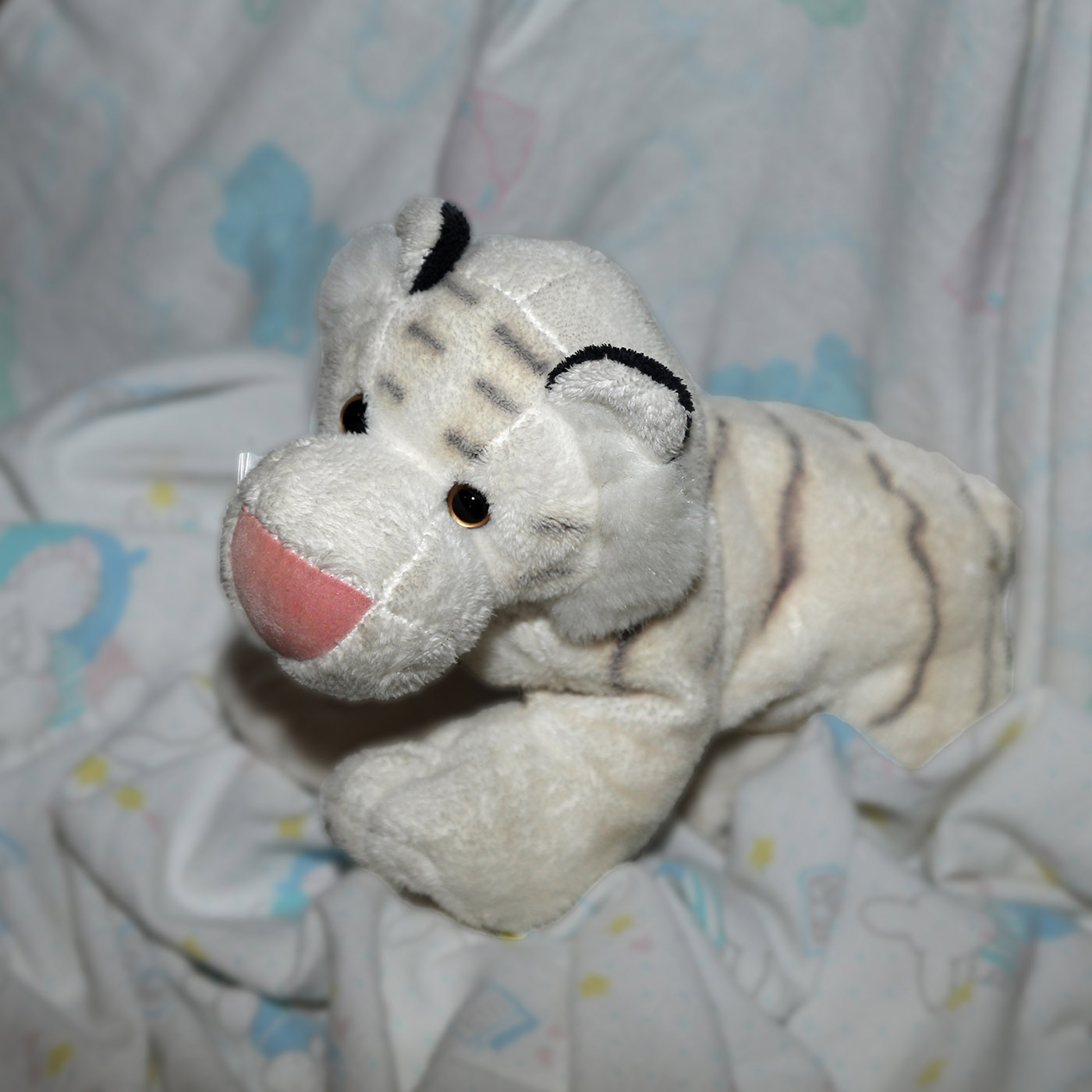 We joined a yahoo group with the other families who will be traveling with us. This gives us a chance to chat before we meet and share important information before our big venture.

We ordered our new, crisp $100 bills from the bank and purchased 2 money belts. We were ready to go.

The grandparents arrived today. They are generously dog and house sitting for us. 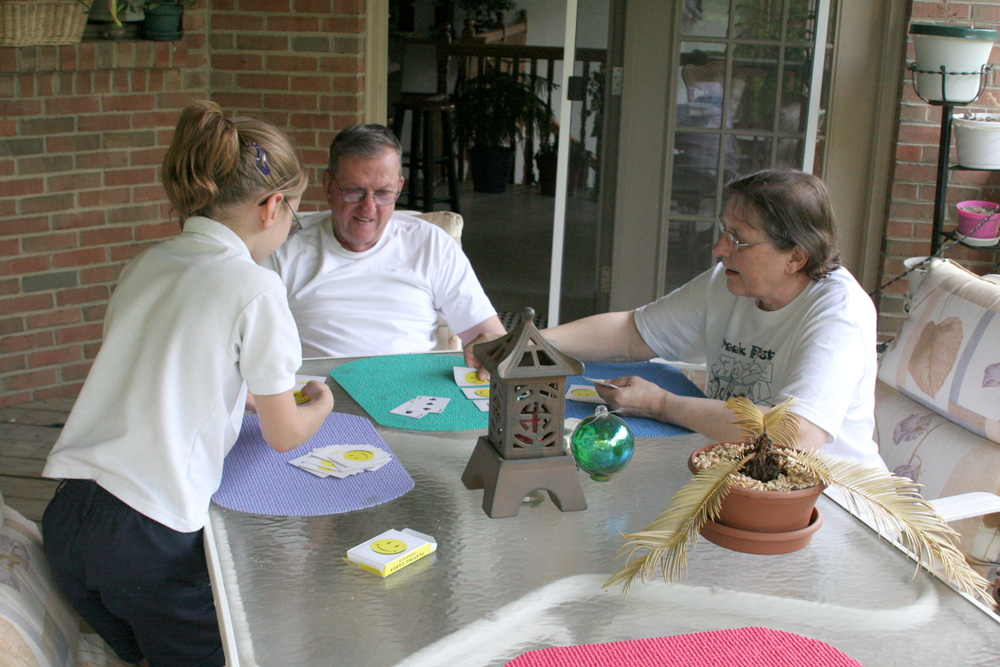